Do you ever have one of those projects where you’re just not feeling it? Even though you started full of enthusiasm and energy for it?

Yep! This happened to me lately. Last year, both Deann and I started working on a summery cotton mesh top pattern. Deann’s is finished, apart from the sewing up (she’s not keen on that part!), and mine was almost done. I had knit about 3/4 of the entire project. Then it sat and sat and languished in a project bag for ages, months and months. For some reason it didn’t want to get finished.

Here is the original project. 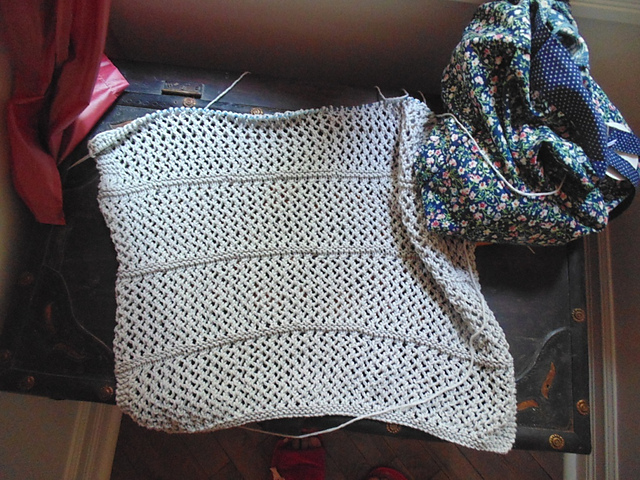 And here is the pattern link

I got it out again recently thinking I’d finish it. Only I wasn’t interested at all. I think I couldn’t really see myself enjoying or wearing it. So despite it being almost done, I’d had enough of it! I think I’d just been making it or trying to make it at this stage because I’d said I was going to and thought I should. But you know, If it wasn’t finished by now I wasn’t going to do it really. I frogged the whole thing. But I still wanted to make something summery with this yarn, it’s quite a nice cotton/acrylic blend and I do love grey.

So I immediately picked out a new pattern, which is another Drops one.

This was obviously the right choice, because within a few days I’d already knitted tons of it

And while working on other things, within a few weeks it was all done, blocked, sewn up and tried on! 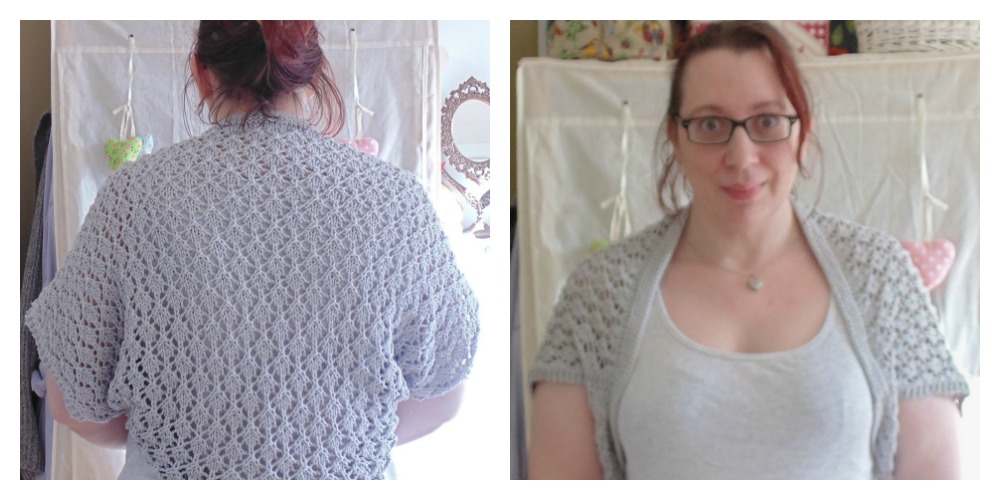 I’d just finished a bunch of patterns and didn’t have much energy for photos so these are not the best, but proof of an FO!

Sometimes, dear yarn and pattern combo, “it’s not you, it’s me”.

If you’re really not enjoying your project, never be afraid to call it a day and move on to something else that you will like better!

Both of the Drops patterns I’ve linked are free.