I think it’s been around 4 or so years since I first decided to put out a pattern (with a little bit of dread!), more if you count me making them for friends. It really feels like longer to me. So in a spirit of reflection, here are ten things I’ve come to realise as a “designer” (aka “person who writes knitting patterns”)

1. Not everyone is going to like you, what you produce, or even how you produce it. 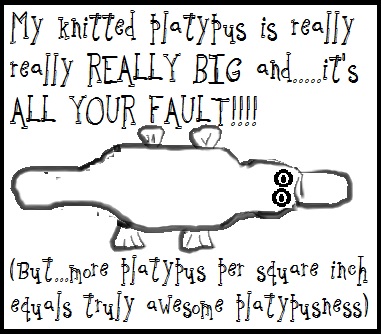 Not all knitters will get along with your instructions and wording. Everyone is different. You will receive emails every once in a blue moon, because someone got frustrated. It’s part of it. There will be plenty of people who don’t like what you make because it’s not their style/yarn/type of object/requires seaming/not worked flat etc.

You can’t appeal to everyone, or really predict what people want to buy too much. There will be designs you adore that everyone else really ignores and that get no love at all! Always.

2. But most people are very encouraging!

There are tons of friendly and supportive people out there, and a nice comment from one or two of them can really inspire you to keep going! Lots of knitters are supremely understanding and patient and recognise that you’re not perfect and will help you and nudge you along the way, and also get as excited as you about your new stuff.

There are people everywhere, in your life, online, in your family, amongst your friends, who want to see you create and succeed and will always cheer you on.

3. Becoming slightly popular/getting a pattern into the top 20 of Ravelry in no way equates to riches!

The internet is full of free knitting patterns. For somebody to want to actually buy one, you have to try to give them something different which has added value and a bit of character. They also have to trust that the patterns will suit them. Building trust takes time and engagement.

Most patterns do not make money straight away. When they do start to make money, it’s small amounts. It grows slowly. That’s how it is. It’s not something to get into if you’re not willing to keep creating an awful lot of patterns, focus on the long-term picture, and be very patient in waiting for them to work for you. As patient as this rock…

Do it because you love it and whatever else happens, well it happens.

4. But you should still value your own work…

Because if you don’t, nobody else is going to! Just because there is a lot of free stuff, doesn’t mean that your patterns are not worth something

Don’t undervalue what you’ve done, even if it’s not selling. A lot of effort went into it, and it can be used again and again. Your time and skill is not worth nothing. You’re worth something. Charge what you would be willing to pay for the pattern. If someone really wants it, they will buy it.

There is absolutely no point trying to compete on price. You can’t win against free! Compete on quality, individuality, and creativity.

BUT there’s nothing wrong with a little bit of free stuff once in a while, it’s also fun to share! You’re not undermining your own product. You’re sharing a little bit. Sharing is nice and it means more people get to see your stuff, so why not?!

Here have a free hat!

Here….have a free hat from Deann* too! (I think she’s not looking…)

5. Stop worrying and slow down…

There’s no rush to build a following. Unless you’re one of those overnight sensations that just happens by chance, which is not something you can plan for, and I’m certainly never that lucky!

Don’t panic and speed to put stuff out. That’s where mistakes creep in. Don’t worry about what everyone else is doing or how quickly they release patterns or how much they seem to be selling or whatever else you are imagining, or their own rules for their products, that’s their business, not yours.

Make time to knit other people’s patterns instead of always designing so you get some quiet time for your brain! Remember that you actually love knitting and do some for yourself.

The sky is not going to fall down if you don’t complete all those languishing designs plus the 500 in your notebook plus the 1000 in your brain, within the next week. Let some of them (and yourself) go to sleep…

6. Write the pattern before you knit it

Plan it out in your head, then plan it out on paper/chart as much as possible Then knit it, tweaking the details as you go.
It can be done, it’s easier than you think, and much easier than trying to scribble down a lot of notes as you go along, if you design things too, well just try it!

Not doing this…well it results in looking at a lot of spidery handwritten notes that are indecipherable, bear little relation to what you’ve made and will say things that are guaranteed to look like the following: 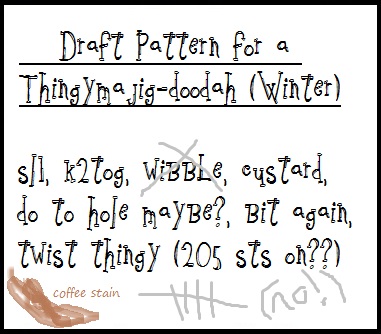 This “write as much as possible first” approach saves a lot of time and stress. I mean it. I’m speaking the truth here!

I’m not an all-knowing expert, but just a knitter. A knitter who writes things that other knitters attempt to follow, to recreate the same thing. I’m only called a “designer” because that’s what people call people who create the things and write the patterns. Making patterns is not the pinnacle of knitting achievement. Stay grounded, keep learning.

The internet is full of things people like and don’t like in patterns, advice and tips for doing everything, courses and web pages for sizing, pattern writing, resources for designers. There are books, a bazillion other patterns old & new, all sorts of things.

So, don’t get stuck in your own bubble. Always keep investigating and absorbing stuff, and mingle and have fun with all the other knitters out there…designers are not a separate species of knitter!

8. Don’t be precious or defensive; correcting and improving things does not brand you as a failure

Mistakes happen and errors can happen. It’s how you deal with them that counts. Somebody pointing out a difficulty they had with a pattern is not deathly criticism of your talent, knitting skill, design ideas or moral fibre (ha, fibre, see what I did there?!). 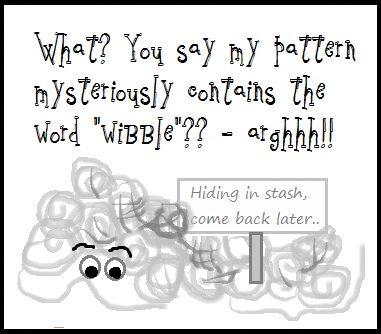 It’s just somebody alerting you to something. It doesn’t mean you’re a total reject. Don’t take it personally! Don’t hide from it, address it. Politely, and as soon as you can. People are not going to stop liking your stuff or abandon you in droves if you update your patterns.

I live in a small house, no dedicated crafting space anywhere, it’s very cluttered (oh the glamour!) and have to use whatever tiny areas I can find for all my knitting stuff.Also the kids are now too old to be bribed to take photos for me endlessly until we get the right shot, while I hold or pose whatever it is.

The bathroom is painted white, has a nice blank wall and catches a lot of good natural light. The mannequin (love them or hate them) is a lot better at staying still and not being blurry, well if I compare it against the battle of my good self vs. the self-timer mechanism.

One day I will have a massive photography budget and an array of stunning models staring wistfully into the distance, set against beautiful scenery. This may be the same day that I have a publicist, graphic designer, editorial team, a booth at all the best fibre festivals with free time to go to them…and have knitted a flying pig and have watched it actually soar off into the clouds. 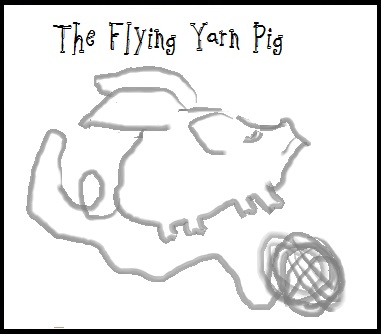 Until then, bathroom it is, and the model doesn’t complain about how many times I pose the shawl and click the shutter button.

10. Find someone fabulous to help you...

And finally, always thank your supporters….! Thank you so much …to everyone who takes the time to read my ramblings, look at my stuff, knit my things, and decides to stick around for more of the same. I hope to have a few new patterns out by the end of the year and I hope you’ll enjoy seeing them as they emerge.

*For those who don’t read regularly, Deann is my best knitting buddy, design partner and all round fabulous collaborator, we run this site together, click on the “About” tab at the top of the page to find out more…