Use my free pattern to knit these fun little egg holders in no time! 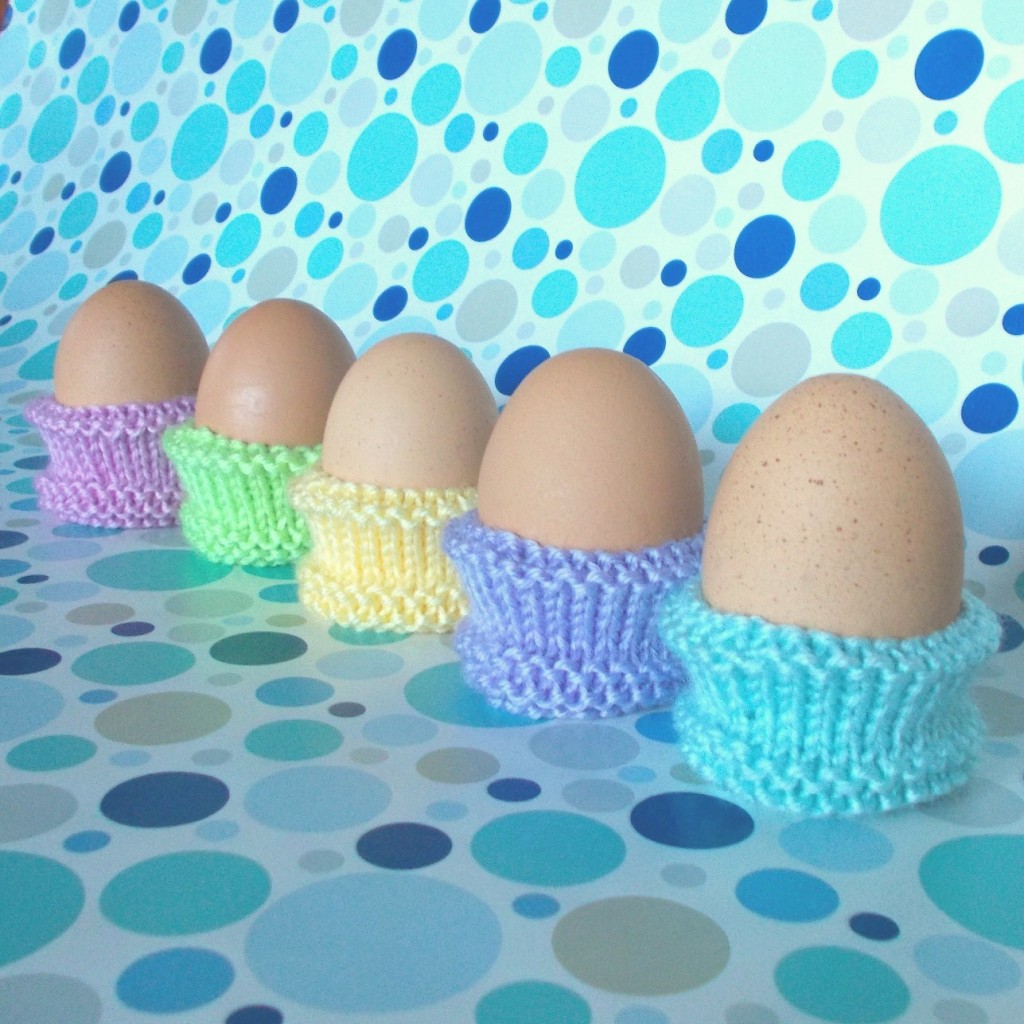 Gauge is given over 2.5 cm (1 inch), so you can just check it on rounds 7-13 to see if you’re close enough.
If not ,then start again using a smaller or larger needle as necessary. This will ensure your holder is not too loose or tight for the egg.

Construction/Size
The egg holder is seamless and worked entirely in the round, from the bottom up. Approximately 4 cm (1 ½ inches) high, inner circumference 13 cm (5 inches). One size fits most hens’ eggs.

Cast on 30 sts and distribute over 3 DPNs, 10 sts on each DPN. You will use the 4th DPN to knit with. Join to work in the round, being careful not to twist. Place marker to mark the start of the round.

Shape Inner Section
Next, redistribute the sts so that there is an odd number of sts on each DPN, this will make the following decrease round easier. The start of round marker is always kept in the same place.

Next, redistribute the sts so that there is an even number of sts on each DPN, this will make the following decrease round easier. The start of round marker is always kept in the same place.

Cut yarn, leaving a tail for closing. Thread yarn on to tapestry needle. Run the yarn through the remaining 10 sts, draw up tight to close up the work, and fasten off.

Weave in all ends, using the tapestry needle.

Push the inner section down into the outer section, the knitting will fold in on itself naturally at the fold line. The rounded inner then cups the bottom of the egg. 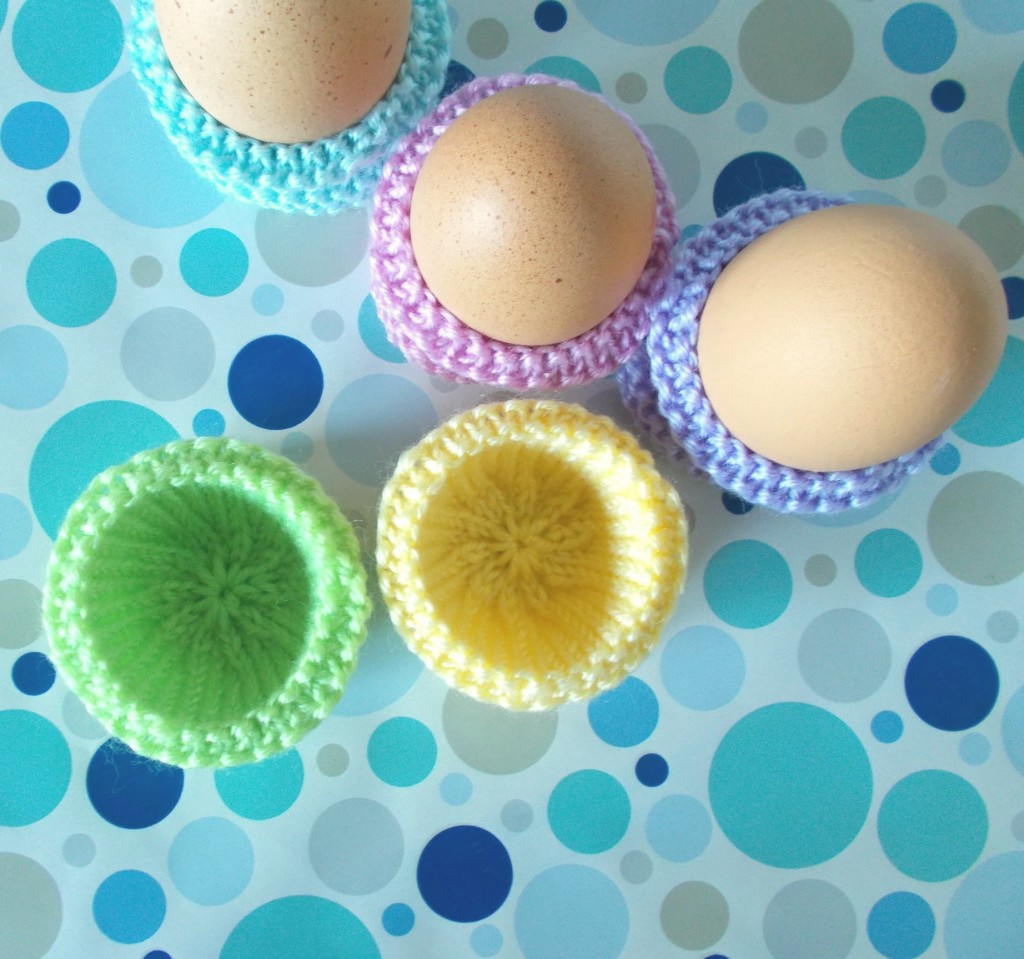 Modifying Tip
If you want to make the egg holder a little deeper, add an equal number of extra knit rounds to both the outer and inner sections.