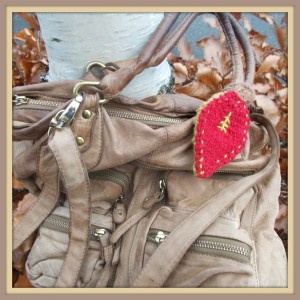 k: knit
kfb: knit into the front and back of the same stitch (increase)
ssk: slip, slip (both knitwise), then knit these two through the back loops (decrease)
k2tog: knit these two stitches together (decrease)
sl: slip the stitch
psso: pass the slipped stitch over
RS: right side of work
WS: wrong side of work

Using worsted or aran weight yarn in brown, make 20 cm (8 inches) of i-cord using a French Knitter (Spool Knitter). If you don’t have one, you can make a 4 stitch i-cord using two double-pointed needles using the instructions below.

Step 1: Knit all sts. Do not turn. Slide the sts to the other end of the needle (yarn will now be coming from the “wrong” edge of your knitting)

Step 2: Knit all sts. Slide the sts to the other end of the needles

Repeat steps 1 and 2 until desired length is reached.

Tips for success: When knitting the sts, bring the yarn around the back of the work, being sure to pull tightly in first stitch. Tug down on the end of the cord from time to time to tighten it up and even it out.

Once the length is reached, cut yarn leaving a tail, and thread yarn on to a tapestry needle. Thread yarn through the 4 stitches, draw up and fasten off. Stitch the two ends of the cord together to make a loop.

Leaf (knit two, one in red and one in ochre)

Sew both leaves together a little way in from the edge, using green yarn and a large running stitch (this stitching is visible and doesn’t have to be too neat, as the style is rustic and hand-made!).

Use a few stitches in light green to embroider lines in the centre of the leaf to represent veins. 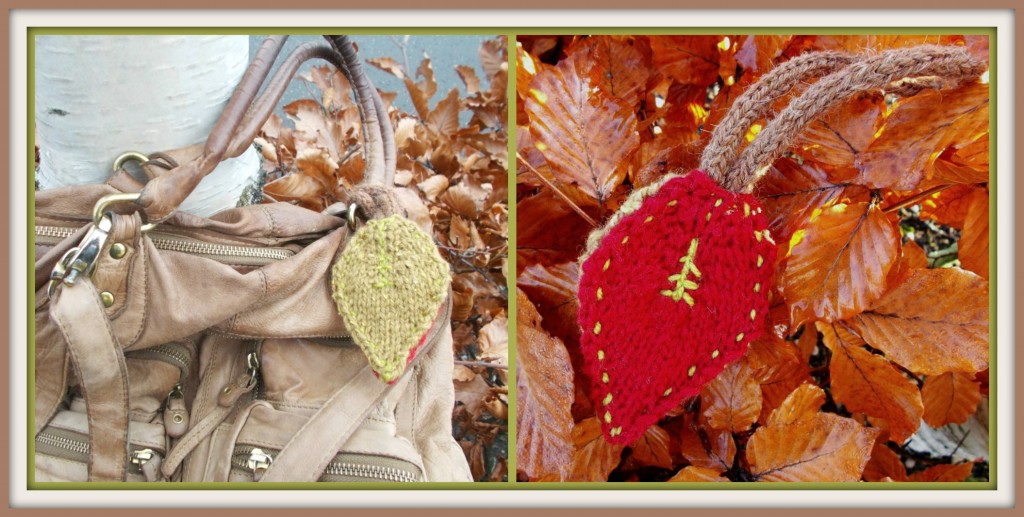