Well I took a little break from doing much striping, so have slowed down slightly, but over the past days I have still progressed a little!

Last time I showed you the blanket, I had just gone past my “liquorice allsort” combination of dark pink, black and white and had done 23 stripes. Now I’m on stripe 35, doing a grey one. 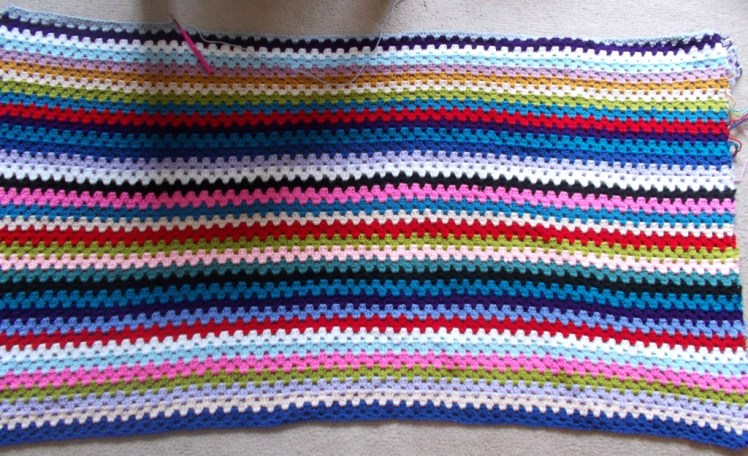 You can see above that, I went for some vivid blue, dark purple, red, french blue, and then the green and beige that I was on when I made the video last week.

I also managed to weave in all those ends and I’m waiting until I have a few more and will do that again so they are tidied up as I go.

But now I hit a little predicament! After starting this blanket to use up all my leftover acrylics, I found myself in the rather ironic situation of realising I wouldn’t have enough to actually finish this and having to buy some new ones to supplement what I have! So I got a few more colours and have started working them in just now before it gets much further. These are just Sirdar Bonus DK and here are the ones I picked. 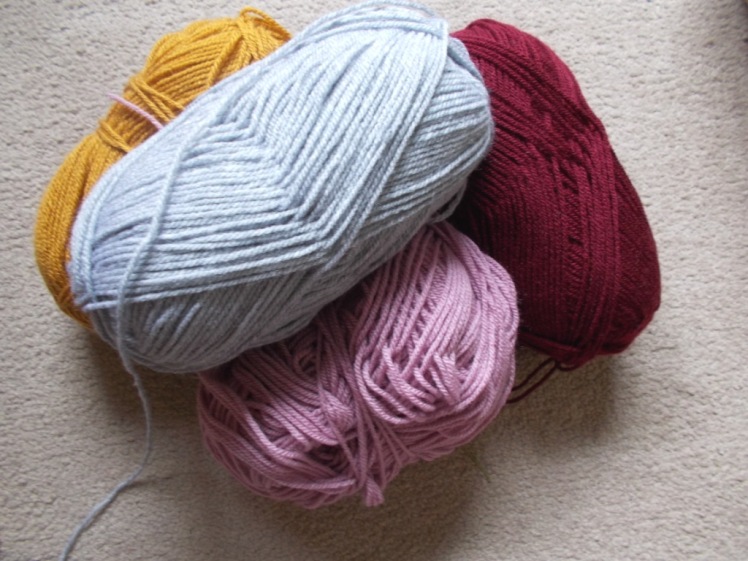 I went for the gold colour as I have nothing in that tone much in the blanket already, except the beige which I will run out of soon. The dusky rose I picked to go along with the other pinks that are in it already, the grey I wanted because it’s quite neutral with all these vivid shades so will be useful, and the burgundy I chose because the other three are mid-tone to pale and I wanted another deep shade to add in from time to time.

I’ve used the gold and dusky rose so far and the grey is on the hook right now. Here’s a close up of the progress section over these days so you can see all the colours I’ve worked in since the last update. 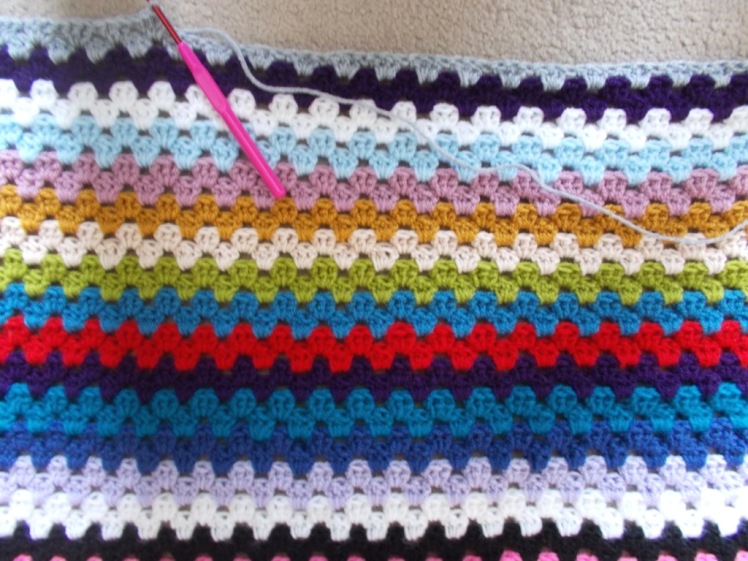 The stripe under the grey is a dark purple, but it doesn’t show too well on camera.

So it grows! I think I have approximately a quarter of the final length made now.